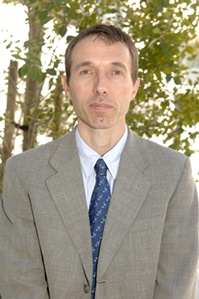 Josep Domingo Ferrer (Sabadell, 1965) is a Distinguished Professor of Computing Science and an ICREA Academy researcher at the Universitat Rovira i Virgili, Tarragona, where he directs the UNESCO Chair for Data Privacy. He is the director of the Serra Húnter Programme (Catalan government), a programme for academic staff that aims to bring some 500 new lecturers into the Catalan public universities before 2020, all selected using criteria of international excellence.

He is a member of the Ethics Advisory Board of the Human Brain project, the aim of which is to understand how the brain works. Hundreds of scientists from 112 institutions in 24 countries take part in it.

Professor Domingo-Ferrer's main field of activity is data privacy and security, particularly the creation of technologies to reconcile security, privacy and functionality in the information society.

Currently he is coordinating the European project H2020 "CLARUS" on storing and processing data in the cloud. He is also the principal investigator of the project "CO-UTILITY", funded by the Templeton World Charity Foundation.

He is a member of the "Academia Europaea", a non-governmental European scientific organization founded in 1988. In the year 2012 he was awarded the Narcís Monturiol medal for scientific and technological merit by the Catalan government. Since 18 January 2016 he has been a Fellow of the Institute of Catalan Studies (IEC), Catalonia's national academy.

In 2011 he was named Fellow of the Institute of Electrical and Electronics Engineers (IEEE), the highest category member of this institute that only those who have achieved important milestones in the areas of interest of the IEEE can aspire to. First established in 1912, the distinction of Fellow can be awarded at most to one of every thousand members of the Institute. The IEEE is the largest association of engineers in the world. It has a membership of over 400,000 electric, electronic, telecommunication and computing engineers from 160 countries.