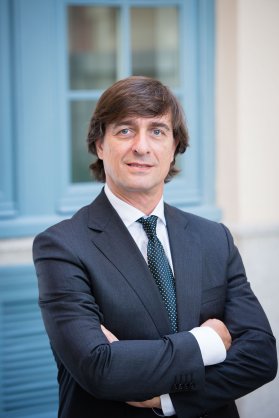 He is director of the Chair for Infant Pain at the URV, set up in 2015 thanks to the collaboration agreement with the Grünenthal Foundation, the only chair of its sort in Spain and one of only a few in the world.

In 2003 he set up the URV's Unit for the Study and Treatment of Pain and at present he coordinates the research group into pain (ALGOS), funded by the Catalan Government. He is the coordinator of the child pain working party of the Spanish Pain Society, and director of the Spanish Research Network on Child pain funded by the Spanish Ministry of Economy, Industry and Competitiveness. In 2018 he was chosen to be one of the 15 advisors for the International Association for the Study of Pain (2018-2014).

The aim of his research is to help to improve the quality of life of the people who suffer from pain. He has authored more than a hundred scientific articles that have been published in leading international journals. Among other distinctions, in 2013 he was awarded the Fundolor prize for research excellence for his research into child pain. He was also awarded the ICREA-Acadèmia prize for the period 2014-2018.