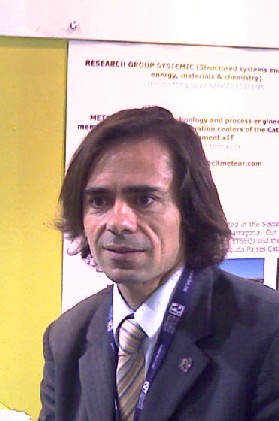 Since July of 2008, Ricard Garcia-Valls has been the director of the METEOR research centre, the aim of which is to provide expertise and knowledge, and develop new products in the fields of membrane technology and process engineering to local, national and international companies and institutions.

METEOR belongs to Tecnio, a network that promotes differential technology, business innovation and excellence in Catalonia.

Garcia-Valls began his doctoral research in 1991in the field of membranes. In 1995 he obtained his doctorate from the Universitat Autònoma de Barcelona. He is a member of the group Systemic, from the Department of Chemical Engineering of the Universitat Rovira i Virgili, where he also works as a lecturer and where he has supervised several doctoral theses. He was the director of the URV’s School of Chemical Engineering, after being deputy director for four years. He was responsible for piloting the master’s degree programme following the EHEA model and he has taken part in 27 public and private projects.