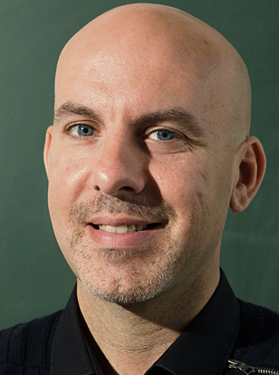 Àlex Arenas (Barcelona, 1969) is the director of the URV Chair for Science and Humanism, the aim of which is to promote and spread the values of science in society from the humanistic point of view in an attempt to make them more socially visible: that is to say, to generalise and socialise knowledge in the field of science.

He is also the associate editor of the prestigious physics journal Physical Review published by the American Physical Society; director of the research group ALEPHSYS (Algorithms Embedded in Physical Systems) of the URV’s Department of Computer Engineering and Mathematics, where studies are made of complex systems using physics and algorithms; and director of the research group COMPHATEVOL (Complex Paths in Human Evolution) of the Catalan Institute of Human Palaecology and Social Evolution, which studies the spread of technology from prehistory to modern times.

He has published more than 200 articles in such international journals as Nature and Physics Reports, which have been cited on more than 25,000 occasions.